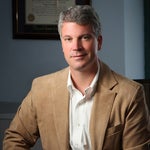 has litigated in state and federal courts since 1999, representing plaintiffs in the areas of employment law, long-term disability under ERISA and insurance bad faith. He has been recognized for his trial skills and verdicts by the Academy of Trial Lawyers of Allegheny County and the Million Dollar Advocates Forum. Greg is admitted in California, Maryland, Ohio, Pennsylvania, Texas, West Virginia, and multiple federal court jurisdictions including the Supreme Court of the United States. Greg is an active member of the California Employment Lawyers Association, National Employment Lawyers Association and the Federal Bar Association.

He graduated from the University of the Pacific, McGeorge School of Law in 1998 on the Dean's List and with a Certificate of International Studies. He was selected for law review for the Transnational Lawyer. Greg is a 2007 graduate of Gerry Spence's Trial Lawyers College in Dubois, Wyoming. In a recent judgment in Northern California, the judge reinstated long-term disability benefits under ERISA and awarded attorney fees noting that he served as lead counsel in over 100 ERISA cases.

During his undergraduate studies at Carnegie-Mellon University and University of Pittsburgh, Greg became interested in oral history and labor-relations. He has continued with his interest in oral histories by attending the 2017 Advanced Summer Institute at the University of California's Oral History Center in Berkeley, California.

Greg has been a speaker at PBI-Employment Law West: When is Social Discourse too Course for Work (2018); Hypothetically Speaking: A Discussion of FMLA and ADA Challenges (2017); Current Consideration Regarding Non-Compete Agreements (2016); Disability Claims under the ADA, FMLA and ERISA (2015); ADA and Regulatory Hot Buttons (2014), The ADA: Two Decades Later (2013), and Game On: The New ADA (2012), Pittsburgh, PA; National Employment Lawyers Association: Breaking Down the Barriers in the Workplace, Oakland, CA (2010); NBI: Litigating ERISA Cases, Pittsburgh, PA (2008); ADA: Fighting for Fairness, Atlanta, GA (2006) and Chicago, IL (2008).

In addition to representing hundreds of plaintiffs at mediation, Greg is a certified neutral in Alternative Dispute Resolution. He is currently working to complete a Professional Mediation Certificate in Employment Law from the Industrial Labor Relations Institute at Cornell University.

For the past twenty years, Greg has been a passionate volunteer with the American Diabetes Association (ADA). A recipient of the 2008 ADA National Service Award, Greg served as Chair of the ADA's National Legal Advocacy Subcommittee from 2017 to 2019 and is a current member of the National Advocacy Committee.

Thank you for contacting us. We will get back to you shortly.

Please complete all required fields below.

We offer a free consultation and we’ll gladly discuss your case with you at your convenience. Contact us today to schedule an appointment.